Christ is risen from the dead, trampling down death by death; and upon those in the tombs, bestowing life!

Having learned the joyful message of the Resurrection from the angel, the women disciples of the Lord cast from them their parental condemnation. And proudly broke the news to the Disciples, saying, Death hath been spoiled; Christ God is risen, granting the world Great Mercy.

In the midst of this Feast, O Savior, give Thou my thirsty soul to drink of the waters of true worship; for Thou didst call out to all, saying: Whosoever is thirsty, let him come to Me and drink. Wherefore, O Christ our God, Fountain of life, glory to Thee.

Though Thou didst descend into the grave, O Immortal One, yet didst Thou destroy the power of Hades, and didst arise as victor, O Christ God, calling to the myrrh-bearing women, Rejoice, and giving peace unto Thine Apostles, O Thou Who dost grant resurrection to the fallen.

THE EPISTLE FOR SAMARITAN WOMAN SUNDAY
How magnified are Thy works, O Lord. In wisdom hast Thou made them all. Bless the Lord, O my soul.
The Reading from the Acts of the Holy Apostles. (11:19-30)
In those days, when the apostles were scattered because of the tribulation that arose over Stephen, they traveled as far as Phoenicia and Cyprus and Antioch, speaking the word to no one, except to Jews only. But there were some of them, men of Cyprus and Cyrene, who upon coming to Antioch spoke to the Hellenists also, preaching the Lord Jesus. And the hand of the Lord was with them, and a great number that believed turned to the Lord. The report concerning them reached the ears of the church in Jerusalem, and they sent out Barnabas, to go as far out as Antioch. When he came and saw the grace of God, he was glad; and he exhorted them all, that with purpose of heart they should cleave to the Lord; for he was a good man, full of the Holy Spirit and of faith. And a great multitude was added unto the Lord. Then Barnabas went to Tarsus to look for Saul; and when he had found him, he brought him to Antioch. For a whole year, they were gathered together in the church, and they taught a great multitude of people, and the disciples were called Christians first in Antioch. Now in these days prophets came down from Jerusalem to Antioch. And one of them named Agabos stood up and signified by the Spirit that there would be a great famine over the whole world; and this took place in the days of Claudius Caesar. And the disciples, every one according to his ability, determined to send relief to the brethren who dwelt in Judaea; and they did so, sending it to the elders by the hand of Barnabas and Saul.

THE GOSPEL FOR SAMARITAN WOMAN SUNDAY
The Reading from the Holy Gospel according to St. John. (4:5-42)
At that time, Jesus came to a city of Samaria, called Sychar, near the field that Jacob gave to his son Joseph.  Jacob’s well was there, and so Jesus, wearied as He was with his journey, sat down beside the well. It was about the sixth hour.  There came a woman of Samaria to draw water.  Jesus said to her, “Give Me a drink.”  For His Disciples had gone away into the city to buy food.  The Samaritan woman said to Him, “How is it that Thou, a Jew, ask a drink of me, a woman of Samaria?”  For Jews have no dealings with Samaritans.  Jesus answered her, “If you knew the gift of God, and Who it is that is saying to you, ‘Give Me a drink,’ you would have asked Him, and He would have given you living water.”  The woman said to Him, “Sir, Thou hast nothing to draw with, and the well is deep; where do you get that living water?  Art Thou greater than our father Jacob, who gave us the well, and drank from it himself, and his sons, and his cattle?”  Jesus said to her, “Everyone who drinks of this water will thirst again, but whoever drinks of the water that I shall give him will never thirst forever; the water that I shall give him will become in him a spring of water welling up to eternal life.”  The woman said to Him, “Sir, give me this water, that I may not thirst, nor come here to draw.”  Jesus said to her, “Go, call your husband, and come here.”  The woman answered Him, “I have no husband.”  Jesus said to her, “You are right in saying, ‘I have no husband’; for you have had five husbands, and he whom you now have is not your husband; this you said truly.”  The woman said to Him, “Sir, I perceive that Thou art a prophet.  Our fathers worshiped on this mountain; and Thou sayest that in Jerusalem is the place where men ought to worship.”  Jesus said to her, “Woman, believe Me, the hour is coming when neither on this mountain nor in Jerusalem will you worship the Father.  You worship what you do not know; we worship what we know, for salvation is from the Jews.  But the hour is coming, and now is, when the true worshipers will worship the Father in spirit and truth, for such the Father seeks to worship Him.  God is spirit, and those who worship Him must worship in spirit and truth.”  The woman said to Him, “I know that Messiah is coming [He Who is called Christ]; when He comes, He will tell us all things.”  Jesus said to her, “I Who speak to you am He.”  Just then His Disciples came.  They marveled that He was talking with a woman, but none said, “What dost Thou wish?” or, “Why art Thou talking with her?”  So the woman left her water jar, and went away into the city, and said to the people, “Come, see a man Who told me all that I ever did.  Can this be the Christ?”  They went out of the city and were coming to Him.  Meanwhile the Disciples besought Him, saying, “Rabbi, eat.”  But He said to them, “I have food to eat of which you do not know.” 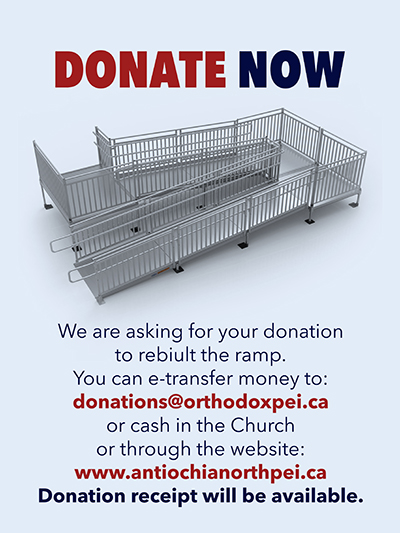